I love a bit of drama in my landscape photographs and normally, the Lake District in February has it in abundance.  Last Friday however, the clear blue skies and sunshine was more reminiscent of a fine summer day – with clear views and visitors sunbathing!

It was a day we chose to walk around Derwentwater and dramatic weather aside, it was the perfect day to be relaxing in the Lakes. A rare occasion when the weather is this good in February and too good for the type of photography I’d intended, but what’s not to like about this area of the country at anytime of year?

Here are a few photos from the walk. I’m sure anyone who has done the walk around Derwentwater will recognise these views. 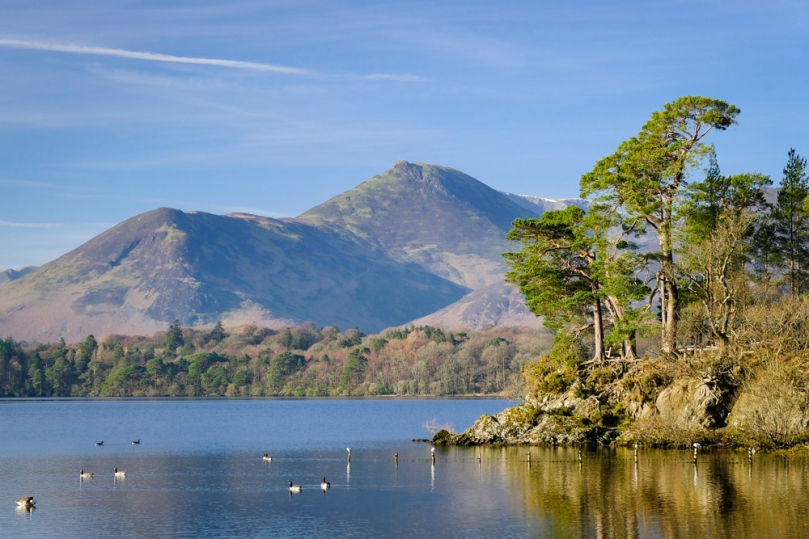 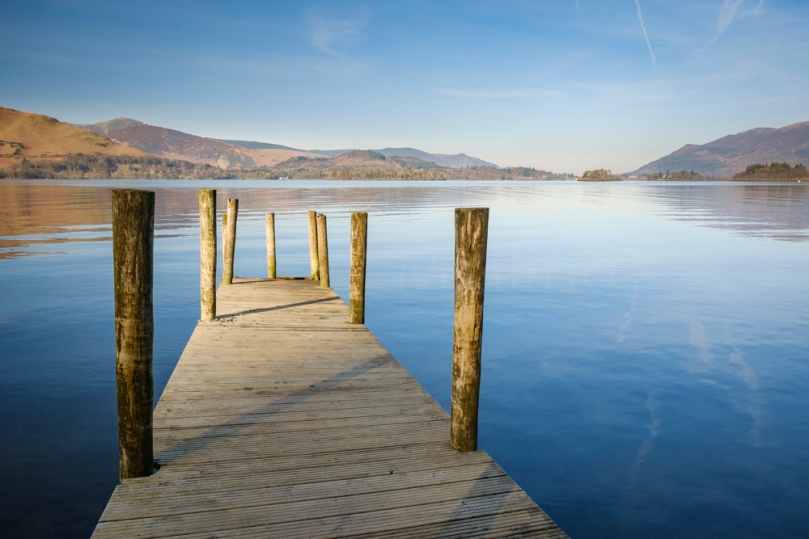 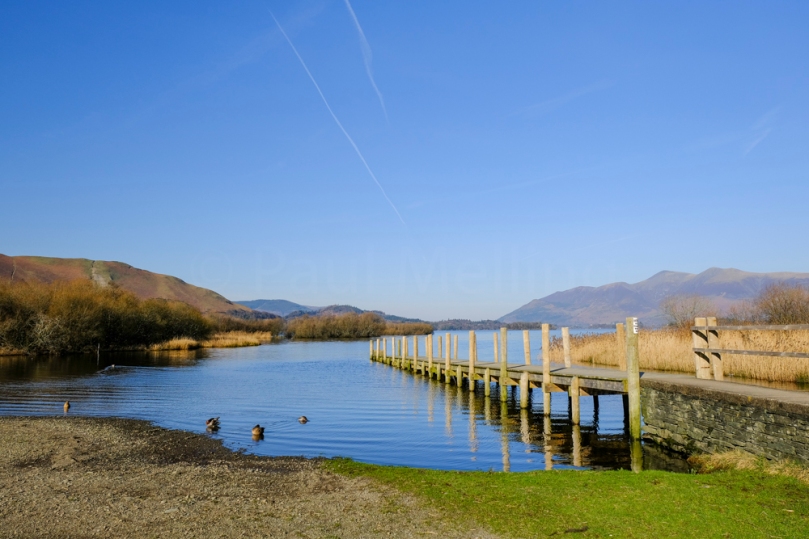 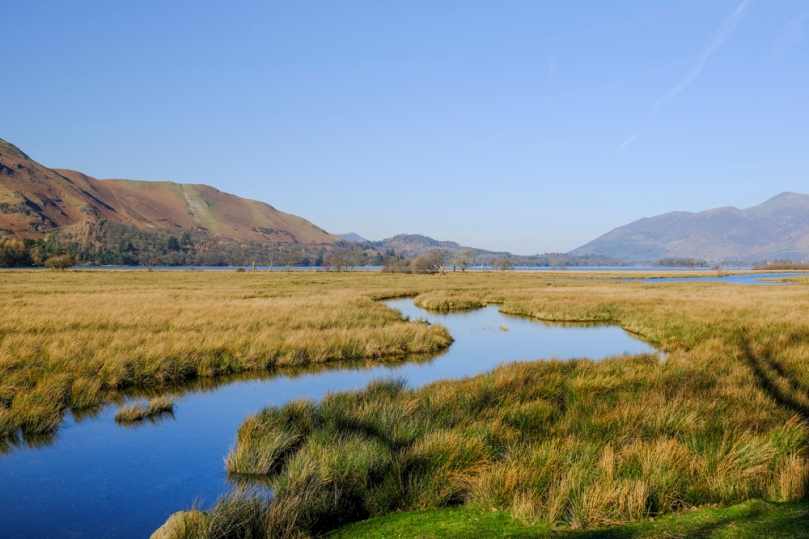 When you visit the Lake District in February, you expect some photographic challenges.

On the day we arrived the sky looked typically brooding and the sun was doing its best to break through. Just the sort of day you want for landscape photography, especially as the rain was just about holding off.

I wanted to get a photo of the Millennium Stone on the shore of Derwentwater with water around it,  as last time I visited it was high and dry.  No danger of that this time after the recent rain and snow. The real challenge in getting the picture on this visit was going to be the wind.

The wind was absolutely battering the shore of the lake, but seemingly just in this particular cove! The normally calm lake was being whipped up into a frenzy and waves were crashing over the stone. Long exposure shots were near enough impossible to keep sharp as the tripod was also being battered.  It was also bitterly cold but I did manage to get a few shots, not the greatest pictures but I’ve included a few here anyway.

My next post will feature some pictures from a circuit of the lake two days later, when the weather was, if anything too good. 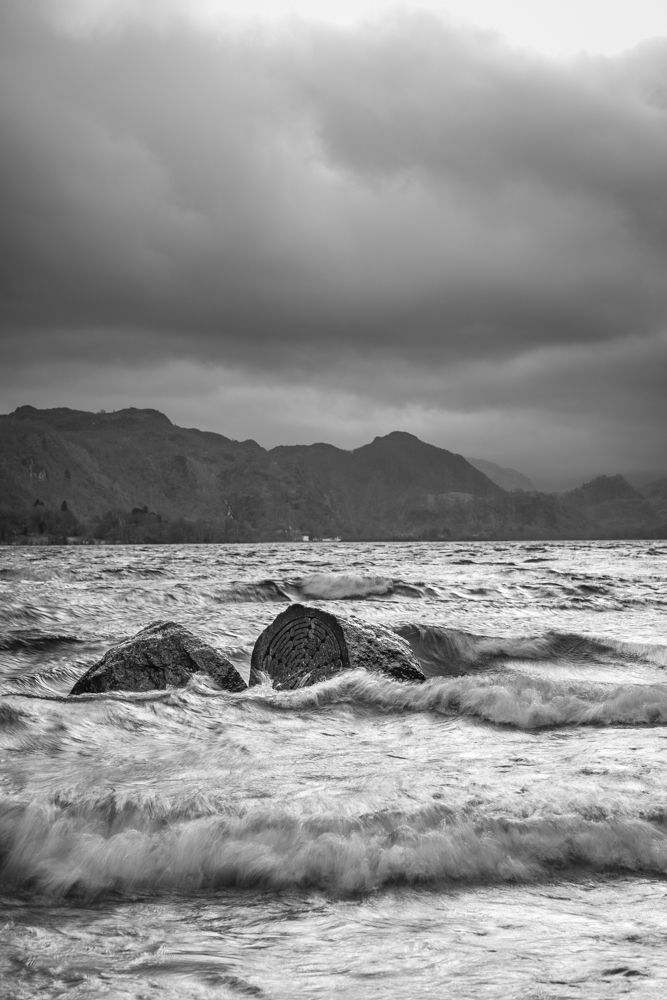 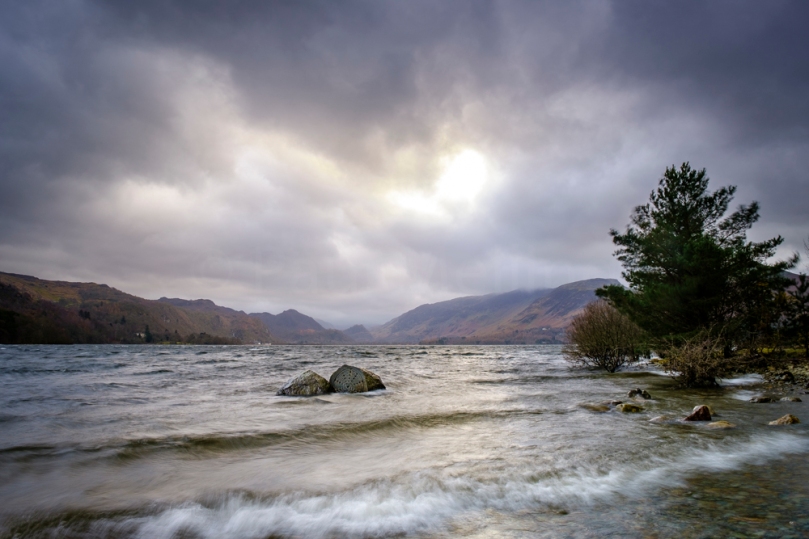